So who mentioned Herefordshire? And why?

A report produced by the British Geological Survey (BGS) for the Department of Energy and Climate Change (DECC) seems to have been the catalyst for the media reports about possible Fracking in  Herefordshire.

This report came out recently and is based on recent analysis, together with published data and interpretations. The front page carries a striking "weathermap" style map showing 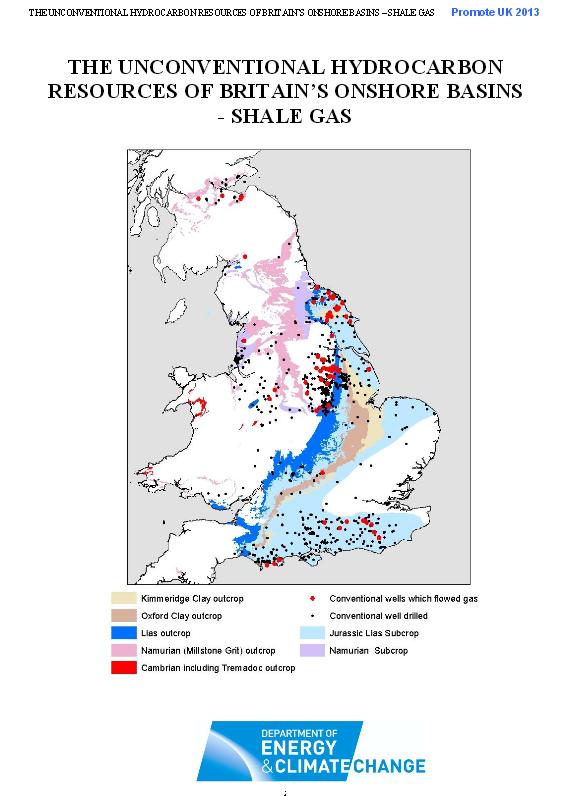 Further on in the DECC report is a map showing the existing areas of  Petroleum Exploration and Development Licences, conventional Oil and Gas Fields, locations of conventional wells drilled
and with the areas under consultation which may be offered in the upcoming 14th onshore Oil and Gas Licensing Round highlighted in pink

As you can see, that includes areas of Herefordshire.

But why the specific references of Fownhope and Eastnor in the media? Well, looking at Fig 4 in the report we can see the reason why E Herefordshire has been in the news - we get a mention. 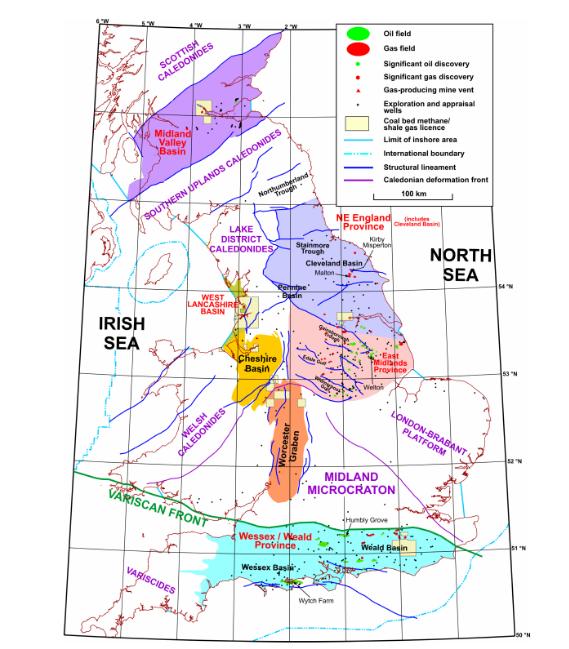 Fig.4 Principal UK onshore hydrocarbon provinces
While discussing Fig 4, the report talks about the  3 main age-constrained UK shale groupings that are of interest, and goes on to identify them.  The third shale grouping of interest is identified as the riskier UK play and is the Upper Cambrian shales thought to occur widely in the subsurface between the Caledonides and Variscan fold belts on the Midland Microcraton.The report then mentions that conventional UK hydrocarbon exploration wells on this play include wells at Cooles Farm, Collington, Usk and Fownhope.


So now we know why Fownhope is mentioned. (Collington is near Edwyn Ralph but does not get any further mention by the media.)

Well, because the DECC report refers to existing boreholes with Cambrian/Tremadoc strata at Fownhope and Fowlet Farm  (near Eastnor)

So now we know why Eastnor was mentioned.

So in conclusion, a report issued by the Dept of Energy and Climate Change and produced by the British Geological Survey, mentions E Herfordshire sites at Fownhope and Eastnor in the context of Unconventional Hydrocarbon Resources and talks about our area as being a "riskier play" but still thinks it worth including.


And that's why, suddenly, E. Herefordshire is in the media as a possible site for Fracking .

Can't find any mention of Much Marcle, though!

frackfree
Herefordshire, United Kingdom
I live in East Herefordshire, near to one of the sites mentioned as a possible "Unconventional Shale Gas " site. I am an Engineer, although not a Geologist. I don't want to see people or the environment adversely affected by Fracking.